Mushroom Dispensary Near Me

Articles about the “Shroom Boom” as a new industry and how psilocybin mushrooms have helped people immensely to overcome their severe depression or transform their life struggling time are seen widely on the internet these days. Citations range from highly cited and reputable news outlets and journals, like NYTimes, CNN, Washington Post, Vice, and Yahoo, to more personal blogs. Netflix recently released “How to Change your Mind,” a 4 episode documentary series starring Michael Pollan, based on his eponymous bestseller. In 2020, Paul Stamets starred in Fantastic Fungi, another Netflix episode that reveals the magic of mushrooms and the mystery of the mycelial network. This media hype is created initially upon the therapeutic potential and promising clinical results of using psilocybin for mental disorders, addiction, and neurodegenerative disorders therapy.

While the word for psilocybin mushrooms is all over the place, they are still illicit drugs in Canada and the US. The media is ahead of the regulatory body in enrolling the mass in the therapeutic use of these mushrooms. This normalization, though, has consequences! Demand for psilocybin mushrooms has increased significantly while regulation is still behind. In Canada, people see the trend as what happened to the Cannabis movement before the 2018 legalization. There were dispensaries in a so-called grey market time, where they didn’t have a legal license from the City or Health Regulatory bodies. Almost all these storefronts were shut down and replaced with their licensed sisters, where the legal cannabis was sold much more expensive! Still, in Canada in 2022, despite government crackdown to curb the grey market, about 50% of consumers still purchase their products from the underground market, easily and discreetly available online.

The mushroom industry picked up in Canada in 2019. While it is not clear yet whether mushrooms will ever get legalized in Canada or not, the industry body and law enforcement authorities seem to follow the cannabis legalization trend. Medicinal Mushroom Dispensary storefront, founded by Dana Larsen in East Hastings, Vancouver, was the first physical mushroom dispensary that challenged the regulatory and law enforcement forces and started to sell microdosing and macro products to consumers with doctor referrals. It was in the premier of the documentary movie Dosed that Dana stepped up on the stage and made the announcement about challenging law enforcement for the wrong criminalization of psilocybin mushrooms in the first place. Blue Goba, SHAFAA, Shroom Bros, and Origin Mushrooms were the first online mushroom dispensaries and brands in Canada before it became a commodity market, with hundreds of other online brands/shops.

BlueGoba has been operating for close to a decade. They are grassroots growers who focused on growing mushrooms only and expanded their network of loyal customers. SHAFAA was the first premium brand and startup company to incorporate research and science in its development. They extracted magic mushrooms in 2020 and launched their psilocybin chocolate, shroom gummies, mushroom fruit strips, and psilocybin tincture. SHAFAA owns proprietary extraction technology for psilocybin. They also were the first company to offer mushroom teas and mushroom coffees in the format of k-cup and Nespresso pods. Origin Mushrooms started with a sleek website and was one of the early conscious brands in the market. Shroom Bros, as is clear from its name, began with some grower bros. Among these four brands, the emphasis of SHAFAA has been chiefly on the therapeutic use of magic mushrooms. Origin mushroom and Shroom Bros focus on lifestyle and recreational usage, respectively.

Mushroom Dispensary Near Me

To the best of our knowledge, as of the date of this article in October 2022, we are aware of six storefront dispensaries in Canada. Five of them are in Vancouver, and one is in Toronto. Zoomers, Forest, Cybin Wellness, and Fungi Shop are in downtown Vancouver. Shroomyz is the storefront in Toronto that has appeared widely in the media. Among these physical dispensaries, Forest in Vancouver is recommended to anyone who wants to walk into a mushroom dispensary to buy mushrooms.

For many, this is a big surprise, and a question on how a Schedule III drug is sold in store and these shops won’t get raided by the police. Multiple journalists took this question to the Vancouver police department. They have responded that their priority for prosecution is with the gang-fuel trafficking of harmful opioids. This statement proves that VPD acknowledges and ranks magic mushroom products as low-risk for public health and has dedicated the least resources to its prosecution. We should not forget that unlike the US, which has dedicated law enforcement for the war on drugs, we are lucky in Canada not to have that. This has put Canada at the forefront of psychedelic research and the startup scene.

Even though there are storefront dispensaries in more socially progressive cities, safe access to magic mushrooms for therapeutic, recreational, and spiritual use is minimal and close to none in most cities across Canada. That’s what makes mail-order shrooms-delivery online dispensaries very critical. These mushroom dispensaries dedicate about 20% of their revenue to shipping their products to online customers. Canada Post, the national government-backed mail service, is the only mailing service all mushroom dispensaries use as, unlike in the case of private couriers, opening a Canada Post package requires a court order! That’s why shrooms delivery in Canada has become a well-established market, with many trustworthy dispensaries and trustful customers.

Where to Buy Mushrooms Near Me

To answer this question, we highly recommend you buy it online. It is risk-free, cheap, discreet, and relatively safe and fun in the current market state. Depending on the use case you have in mind and your intention for taking mushrooms, it is strongly advised that you go forward with the online dispensaries that look more solid and have been veterans in the market. Do not necessarily buy from the dispensaries that show up first in your Google Search. These businesses spend thousands of dollars on their SEO infrastructure to get more traffic, which does not define their reputation. These are the items we ask you to evaluate before you make a purchase: 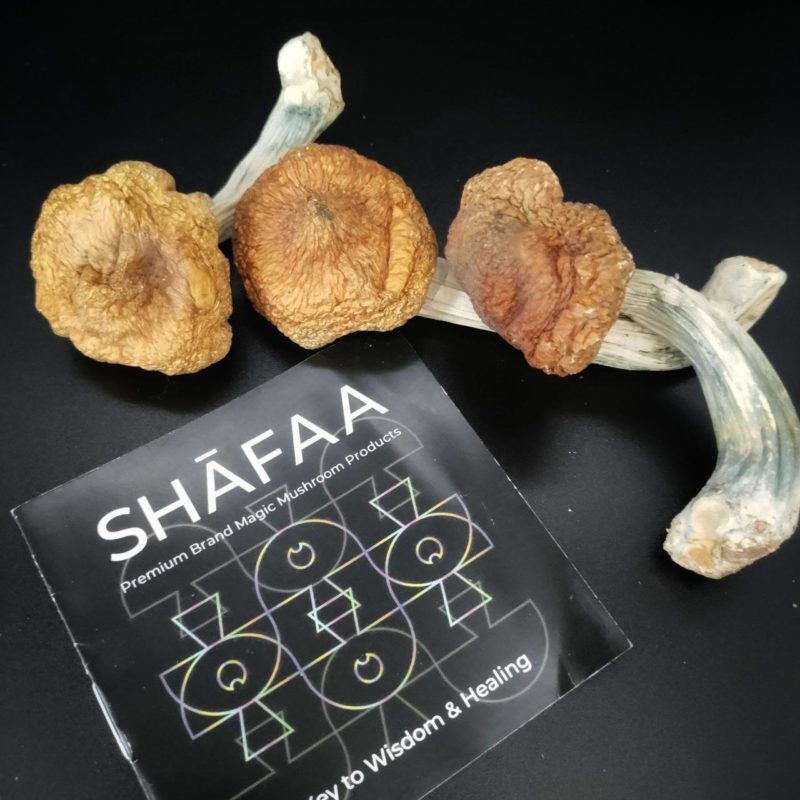 If you are in Canada, check these links to get access to the best local dispensaries that are working online with SHAFAA.